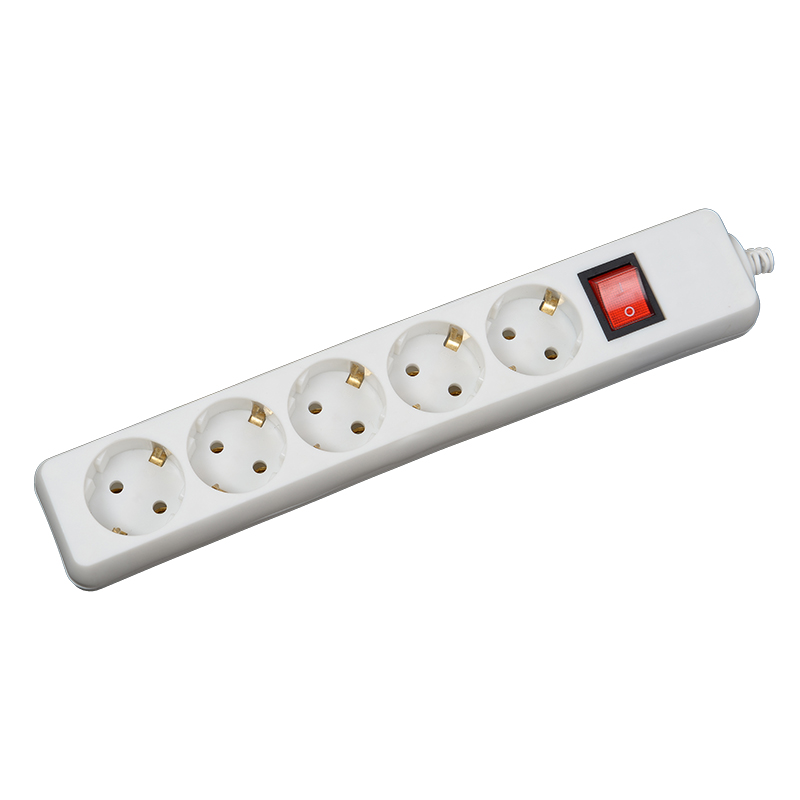 
Send email to us

1.Germany Power Strips built to the CEE7 standard electrical plug and socket for universal AC extension cord outlet applications.Germany five outlets surge protector,turn one outlet into multipe with the surge protector offer ultimate convenience and protection for computer electronics,home entertainment systems,transfers optimal power and helps keep plugged in devices safe,especially during storma and power outages.Built in power switch,multi protection safety system ensures complete protection from electrical short circuit,over heat,electric surge,over charging,over current and etc.A power strip is something you might have seen a thousand times already. It’s a long strip with a bunch of outlets in it. It has a cable on one end, and nothing on the other end. The cable plugs into an outlet in your wall, and then the strip gives you multiple outlets to power your devices.

2.Main Uses for a Power Strip
The biggest use for a power strip is getting more sockets to plug devices into. Standard wall outlets around your home only have two sockets – so what happens when you want to plug in three devices? This is where a power strip comes in handy.
You might encounter a power strip in a number of different places:Around an office,In a retail store,On a construction site,In a home.
Another reason to use a power strip is because they’re so easy to turn on and off. Many options have a single on/off switch that will kill power to all of the connected devices. It makes it easier to control a handful of electrical devices at the same time. Now that you know more about power strips, let’s talk about surge protectors.

Write your message here and send it to us
see all